This journey started before dawn when my oh so trusty alarm went off at 7am. I should have gotten up then, but it was so comfy under my warm blankets so I stayed put. Of course that meant I would not make it to the 11am ferry. I accepted that and got out of bed later, made breakfast, showered puttered away.

Left the house earlier and killed some time downtown. 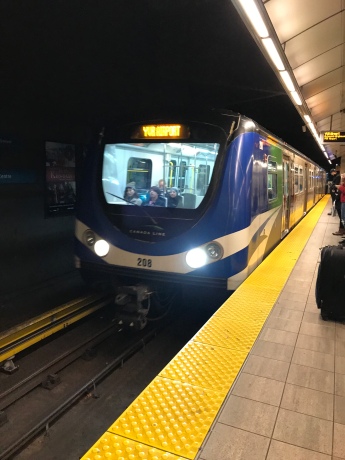 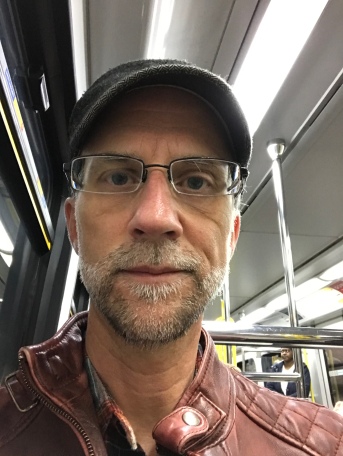 Wasn’t much to kill as I suddenly realized I had to get on the Canada line by 11:30 so I could make my 620 connection to Tswassen ferry terminal.

The Pacific Centre Mall was surprisingly quiet since the Christmas season is now in full swing! That was nice.

The 620 bus from the Canada Line to The ferry terminal was absolutely packed! Wow! Didn’t think a bus could hold so many people! 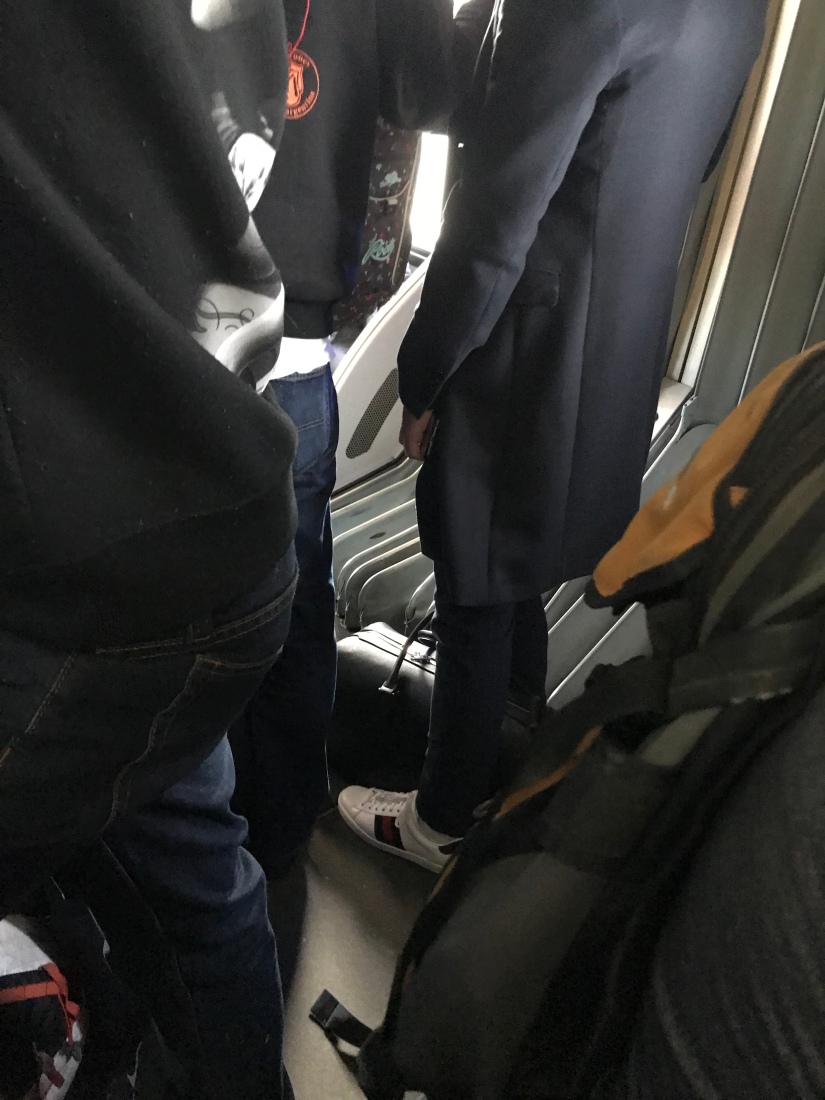 ride on the ferry was more or less non eventful but of course their Wi-Fi always sucks. Even cellular was bad as I was trying to get info on bus fares in Victoria. A fellow passenger graciously let me know the fare but when I got to the bus, they don’t give transfers. It’s 2.50 one way or $5 day pass.

I made it to Swartz Bay without much trouble and promptly made sure I was at the head of the line so I could catch the express bus. While waiting, I started up a nice chat with this older couple. They are from Langley and were on their way to watch the Christmas Truck parade which was to happen in the evening. It was a nice chat and we even caught the bus together. He was kind enough to lend me his battery pack since my phone was about to die and I certainly needed my phone to let my brother know I was on my way.

Funny, I never got their names. so sad. 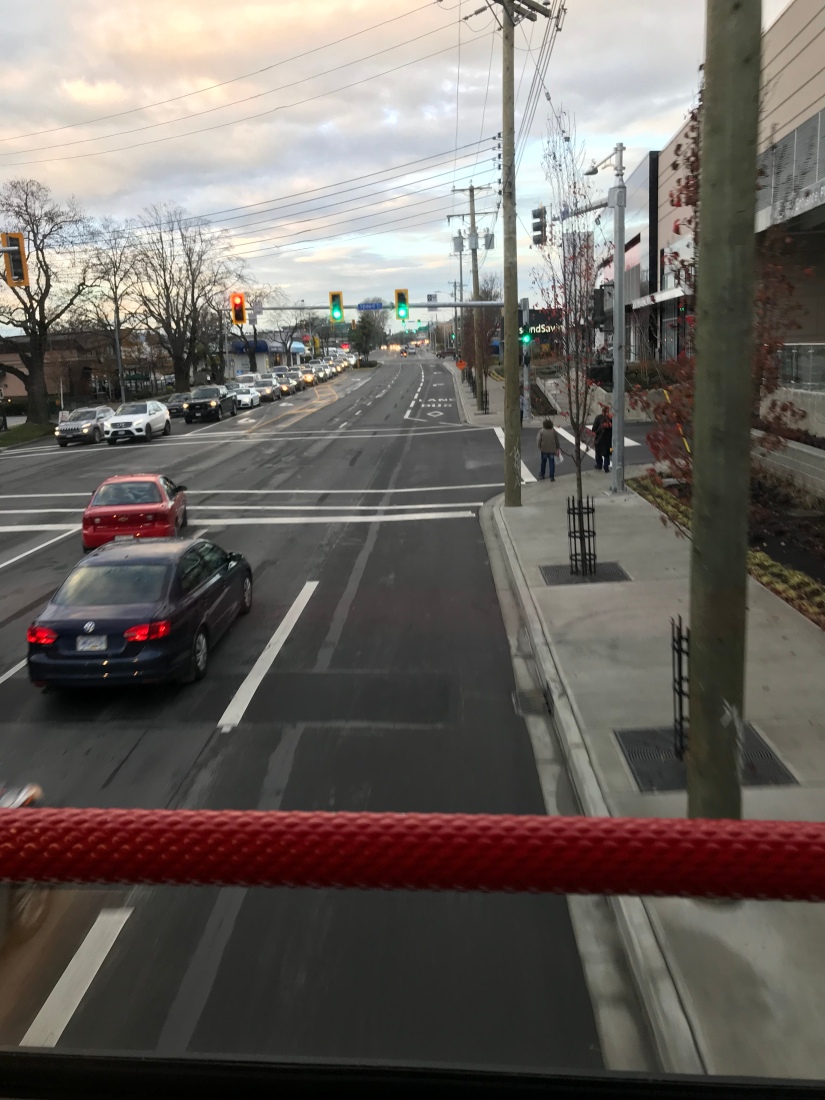 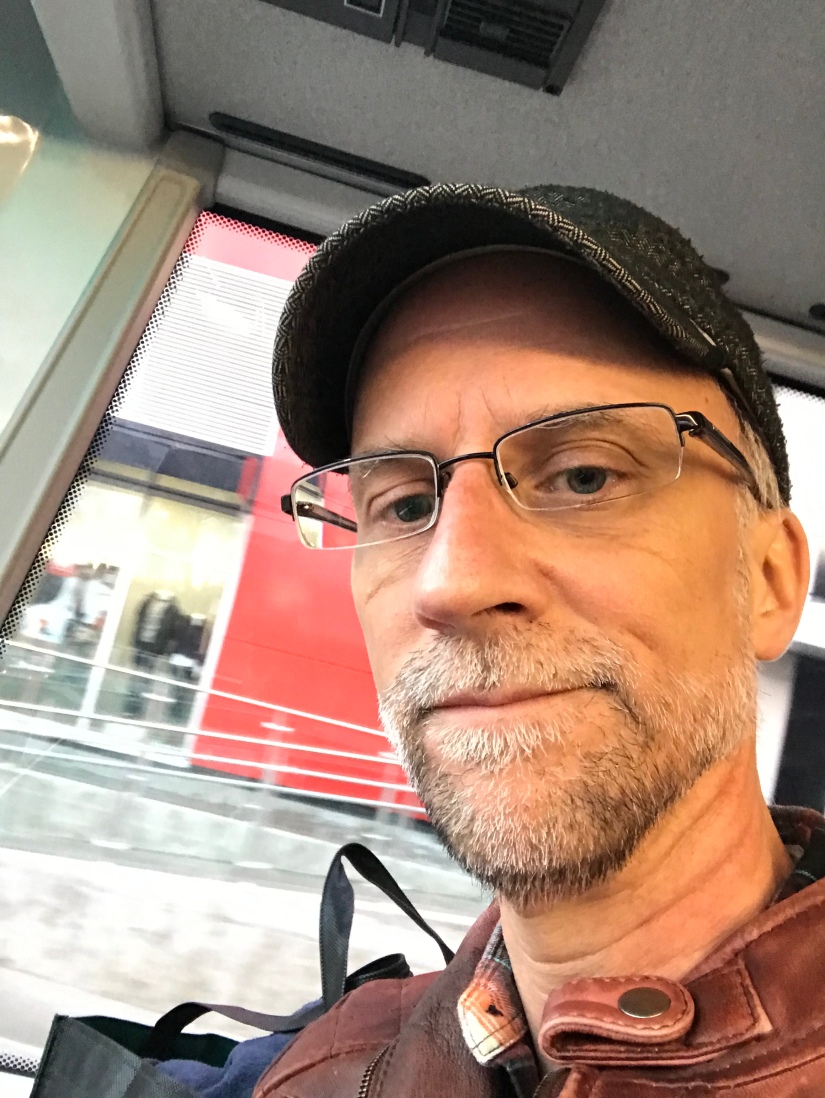 It was fun riding the Double-Decker buses Victoria has. On my transfer to Langford, I made sure I was at the front of the bus on the upper level. 😉

I arrived at my destination with my brother waiting for me and we then drove to his place which was hosting a Christmas party for friends and family, kids and all.

Spent the rest of the day hanging with my nieces and nephews, after all the party goers left.

Later that evening we went out to watch the “Christmas Truck Parade” which consisted of a long line of trucks all dressed up in all manner of Christmas lights and decorations. It was quite the sight and fun hanging with my brother and his oldest son.

Next morning it was the usual routine for the Hayes family. Ken, my brother went out early to help set up at their church and the rest of us slowly got up, got ready and had breakfast. Ken came back, we all loaded up in the van then it was off to church.

It was OK as it was very evangelical and the speaker spoke “Christianese”… There was nothing offensive and he did emphasize the Love of God.

When that was all over, went back my brothers home and I had the kids open the gifts  I gave them and of course they were all grateful.

I definitely want to go back for another visit. I had hoped to visit each niece and nephew for their birthdays but I don’t think that is going to happen this year…. but I will make my visit and make it memorable for them.

I’d like to talk to my brother about how he can have a talk to them about the fact I am gay. That way they grow up to accept and respect people different from them. I hope we have that conversation the next time I visit.

Tim's Blog - Just One Train Wreck After Another

[Today’s guest post from Brittany K. Hale explores reading Scripture as it was meant to be read, even with 21st Century eyes.]

Let’s start at the very beginning, a very good place to start (indeed). When you read you begin with A B C, yes? Yes, but it is not a simple step from learning an alphabet to advanced reading comprehension, not even in one’s first language.

Children learning “the quick, brown fox jumps over the lazy dog” must have some concept of foxes and dogs, not just know their letters, to understand the basic statement this pangram is making. Before a child can move from Little Golden Books about pokey little puppies to the Harry Potter series, she must also learn about the society in which she lives, and if she is not British, then a touch of information about that society would help. She must know about…