one of Our exercises at this retreat was not to say anything to anyone for a couple of hours. There was to be complete silence. We were to be mindful of what was around us and to appreciate the little things in nature! We all went out for personal walks, taking in all that creation has to offer.

I was a little apprehensive about it since I don’t like People telling me to do things like this. I’d rather do it on my own terms.

I walked around the building, picked up half a rock, an old balloon and later a beer bottle with some beer still inside. I set them aside by the door but held on to the rock. I found another rock by the building but I felt that it should stay where it was. 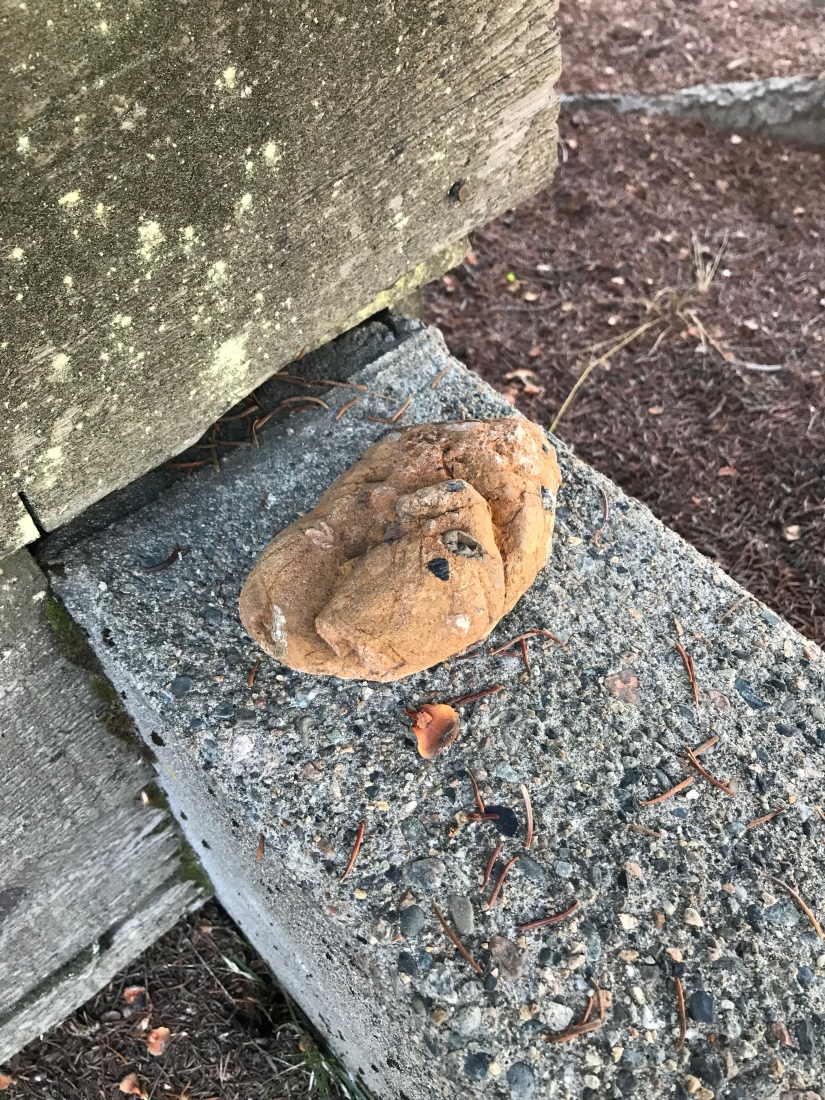 I took another walk around the building, looked around and suddenly stopped.

Standing in front of me was this tall majestic white leafless tree. It brought to me Memories of my childhood when I would look Out my bedroom window and have conversations with an old gnarly dark tree. It seemed as almost it was the same tree but instead she was tall white and young! I sat under her until the lunch bell rang. Said absolutely nothing yet much was exchanged, like old friends catching up. It was all emotional.

I cannot explain any of it at this time but this was my old childhood friend, who I never realized I missed until today. 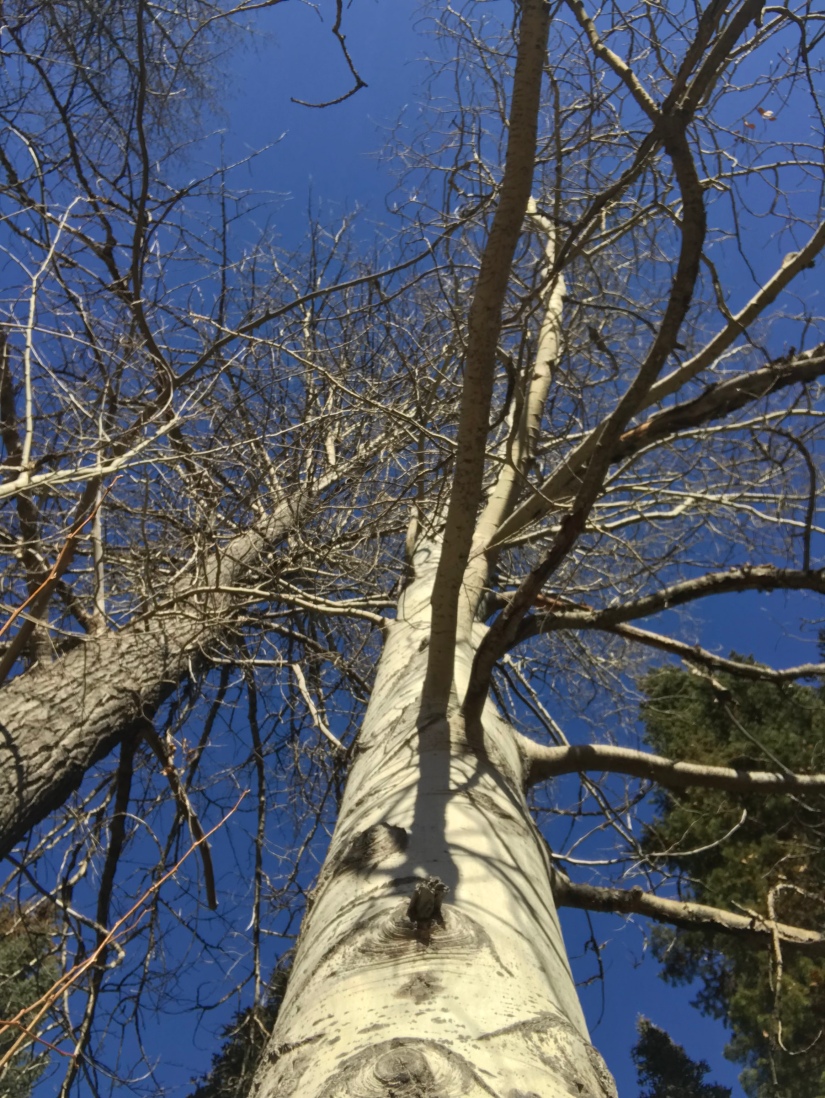 “Hello tree, missed you lots. Looks like life has been good to you. You’ve grown tall and healthy among such beauty and solitude.”

I’m not going to try to over analyze it or figure out anything for that matter. I will just let it be what it is and perhaps discover more later.

I Felt safe and protected, like a big sister (or brother) watching over me. Next to her was a larger tree, darker in colour, her brother perhaps? I was lovingly introduced and we spent some quiet moments together.

She left me a gift, something I could treasure. A branch stood hanging, obviously an old branch that had broken off. I managed to get the branch down, then peeled the old bark and gratefully accepted the gift.

Standing there, I realize the interconnectivness of all the trees around me. Everyone there had a reason and a purpose, that it all played in a slow moving dance, every spot the right spot, nothing to chance.

This was only a tiny microcosm of the entire universe. Galaxies spinning, stars exploding, planets forming. Everything there is a time and a season. (ecclesiastics 3) 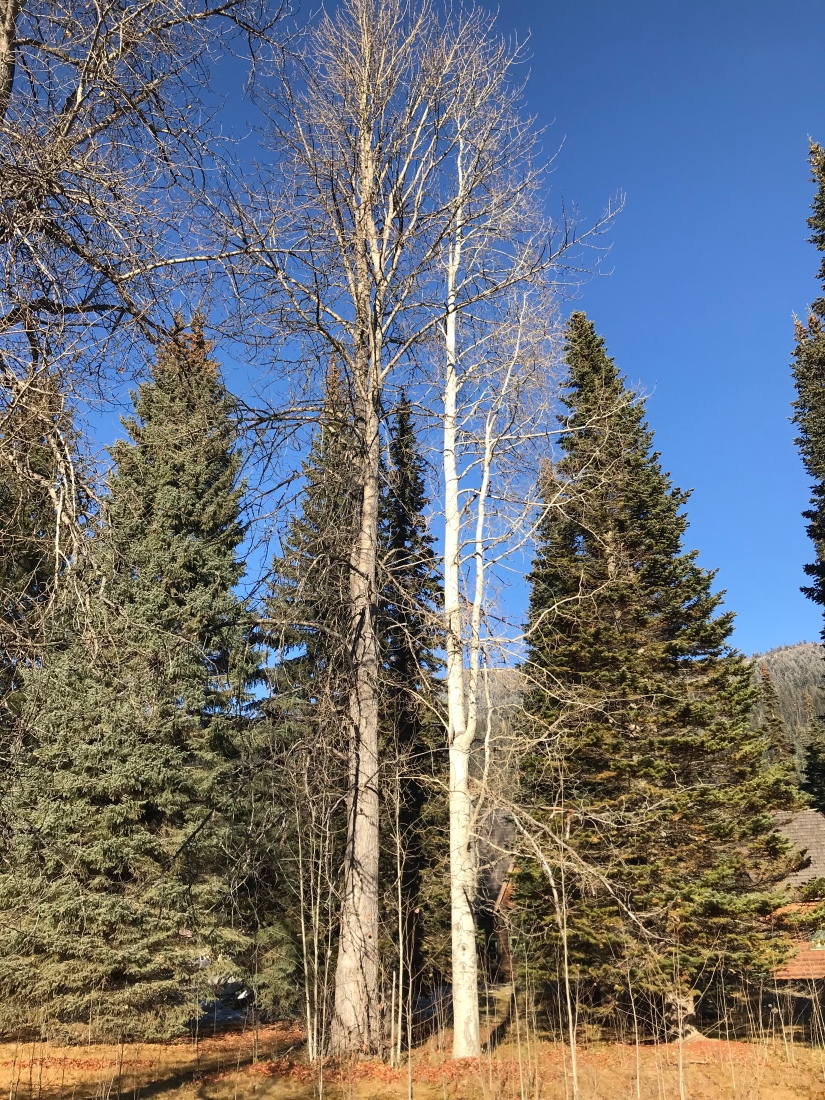 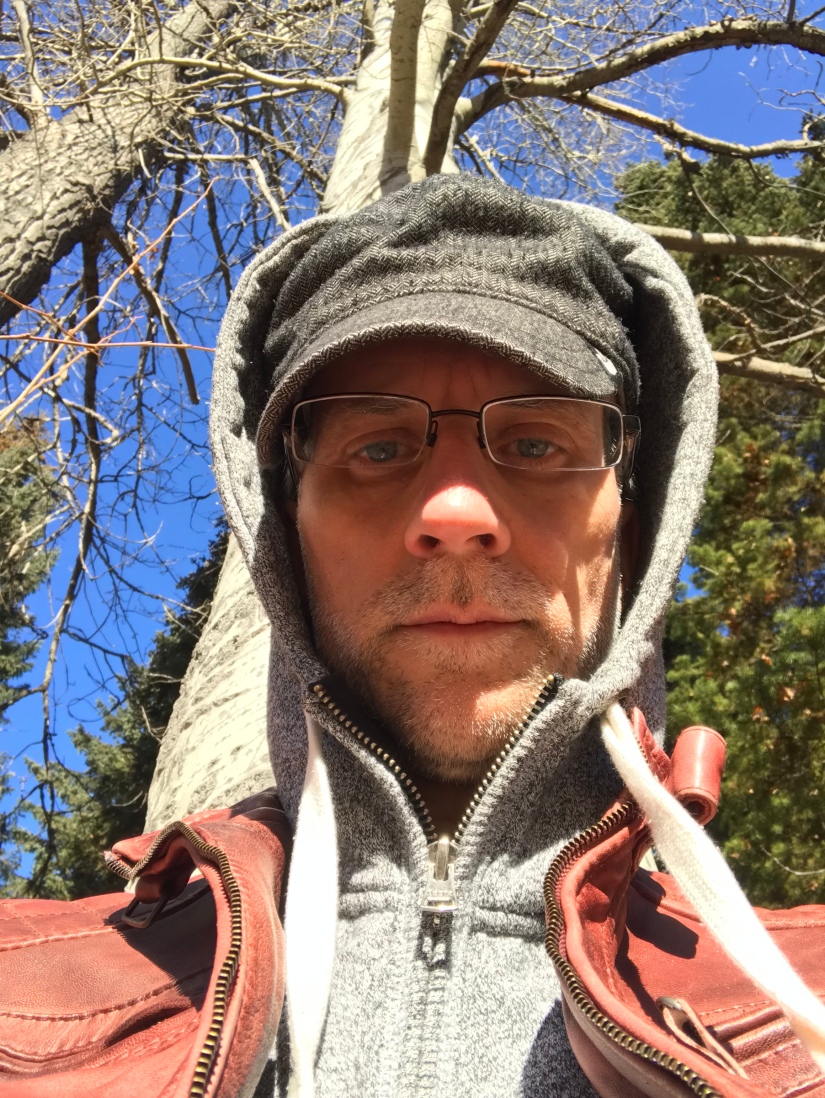 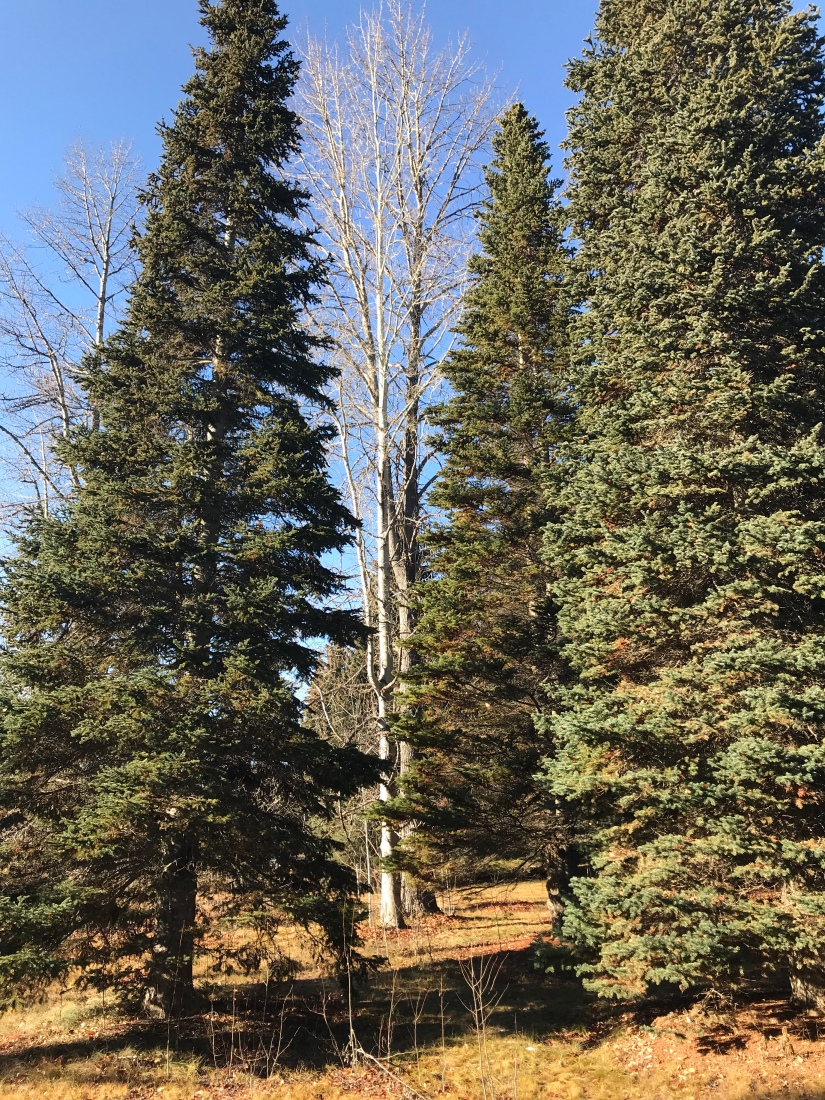 I would like to add that I’m not a worshiper of nature but a worshiper of God, however I can’t explain this experience except perhaps it’s a way to illustrate the connection we truly have with Gods creation that we are not separate from it all, that there is a bond with all that is around us, including one another.

Tim's Blog - Just One Train Wreck After Another

Question: Which of the following statements is not taught in the Bible?

A) You have to die to self and live for God.

B) You have to die daily in order to live for Jesus.

Answer: Neither of them are found in the Bible.

How do people come to the idea that we need to keep dying for Christ? I think it’s because people want to think there must be something they should be doing, something that is on their shoulders when it comes to living the Christian life. Then they read verses like these and fit them into their preconceived notions:

In the same way, count yourselves dead to sin but alive to God in Christ Jesus. (Romans 6:11.)

I face death every day—yes, just as surely as I boast about you in Christ Jesus our Lord. (1 Corinthians 15:31.)

The problem is that those verses…